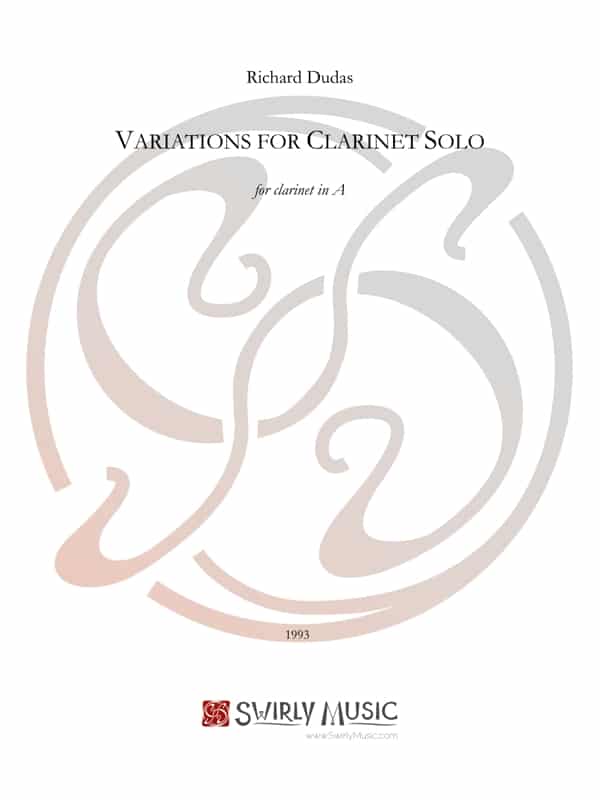 for Clarinet in A

Richard Dudas’ Variations for Clarinet Solo is an 8-minute solo work with a bravura finale. Although it is intended for performance on a clarinet in A, it may also be played on B-flat instruments.

Program Note Variations for Clarinet Solo was written at the request of clarinetist Susanna Warren who premiered the composition in the spring of 1993 as part of a live clarinet recital on Classic FM radio in the U.K. Each of the variations in the set has its own individual external character in addition to an internal compositional device, including a variation based on serial techniques, and another composed algorithmically using computer-assisted composition. The composition offers an additional twist on the traditional variation form: the original “theme” used for the entire set is actually the central movement – a duet for solo clarinet.